Exposure to Pesticides During Pregnancy Linked to Brain Damage in Embryos 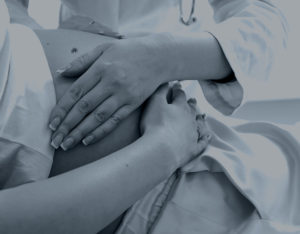 Bringing a new child into the world can be the most exciting event for a family. But that excitement is often short-lived once you hear that your child will be born with a severe birth defect. One particularly devastating condition is holoprosencephaly, or HPE, a brain condition that can cause moderate to severe facial deformities, developmental delays, miscarriage, and early death.

Although this birth defect can be genetic, it is often caused by environmental factors, including the use of pesticides before and during pregnancy.

When children are born with serious birth defects, such as holoprosencephaly, it can be devastating and costly to the family and for the health care and educational systems as they provide lifelong support to these children.

Medical researchers are looking at possible causes of this birth defect so we can help prevent it in the future. They study genetic information and other things that might increase risk, such as chemicals pregnant women might be exposed to.

A recent study in the journal Environmental Health looked at how pesticides might be linked with HPE. They chose to study pesticides and this particular birth defect because we already know that pesticides have been linked to other birth defects and they tend to have a greater effect on a developing brain than on an adult brain.

In this study, researchers gathered a group of women who had given birth to a child with holoprosencephaly and a group of women whose child was born with Williams-Beuren Syndrome, a similar birth defect with a known genetic cause. The researchers asked women what types of pesticides they had used or had been exposed to during their pregnancy, if any, including insect repellant, flea and tick medications, and bug sprays. The researchers also asked women whether they had lived near an agricultural field during their pregnancy.

They compared the results of these different groups of women to see if pesticide use seemed to be linked more strongly to cases of HPE than to Williams-Beuren Syndrome. They found a link between all types of pesticide use they asked about and HPE, with especially strong links between the use of flea and tick medications and agricultural pesticides among the women who had lived near an agricultural field while they were pregnant.

The researchers noted that the critical period for holoprosencephaly to develop is the first trimester, often before a woman even knows she is pregnant. HPE affects 1 in 250 embryos, although many of these pregnancies result in miscarriage. It is still relatively common, affecting 1 in 10,000 babies born at full term.

The Long-Term Dangers of Pesticide Exposure

There are many different types of pesticides, some of which are commonly available for household use and some of which are mainly used in industrial and agricultural settings. The researchers in the Environmental Health study found some increased risk of holoprosencephaly with all of them.

One particularly disturbing finding in their study was the increased risk of HPE for women who live near an agricultural field. It could be easy for women to stop using insect repellant, flea and tick medicine, and bug spray when they are pregnant or are planning to get pregnant, but few neighbors can control what pesticides are used by the people nearby producing food, grass seed, Christmas trees, or other agricultural products—and they may have no way of knowing what is used to control pests right next door.

Other researchers are looking deeper into specific components of pesticides and how they might cause HPE. One study at the University of Wisconsin explored the effects of piperonyl butoxide, or PBO, on the brain development of mice. This chemical is used in many household pesticides, including the flea and tick medications associated with HPE in the Environmental Health study.

These university researchers exposed mice to PBO during the period in their pregnancies that matches the early pregnancy period so critical in a baby’s brain development. The mice exposed to PBO showed facial deformities similar to those that accompany HPE in humans. The more PBO the pregnant mouse was exposed to, the more severe the deformities in the fetus.

The Environmental Protection Agency estimates that PBO is found in more than 1,500 commercial products. But there is no requirement to label it as dangerous during pregnancy.

How We Help Victims of Toxic Exposure

The attorneys of our birth defects victims alliance understand the pain that families face when coping with life-altering birth defects—and the frustration of knowing they could have been prevented. Our team has over 30 years of combined experience in birth defects litigation in cases involving pesticides exposure. We have the resources and experience to fight on behalf of our clients against corporations who put them in danger. Call us to see how we can help you and your family receive justice for birth defects.